The Dark Side of Cosmetic Surgery in Thailand 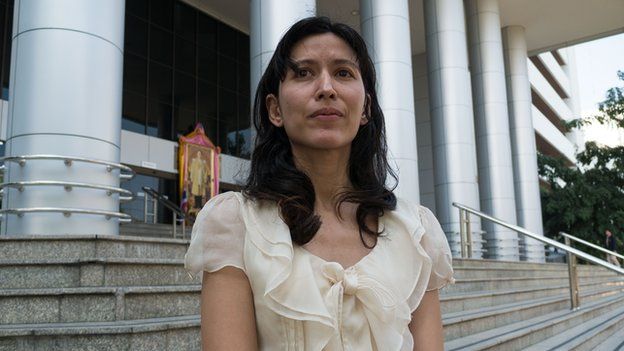 Helena Grace has been fighting for compensation over the botched cosmetic procedure for the past four years.

This March 17, 2015 article by Jonathan Head of BBC News, Bangkok, examines the case of Joy Williams and others who have experienced the dark side of medical tourism. The author also mentions the case of Josh Goldberg.

When British woman Joy Williams went into the SP Clinic in Bangkok last October, she must have believed she was about to undergo a straightforward cosmetic operation, at a very reasonable price, and at a modern facility which has been widely used, and often praised, by other patients from overseas.

But her wounds became infected, and she died under anesthetic as the clinic tried to correct what had gone wrong.

Her doctor, Sompob Sansiri, has been charged with recklessly causing her death, and the SP Clinic closed down. It turned out he was not licensed to carry out surgery.

Ms Williams was one of thousands of foreigners who come to Thailand every year for cosmetic surgery.

There are good reasons for this. The prices are typically a third of what they cost in Europe or the US, the medical facilities are often first-class, and Thai doctors have developed specialist expertise in some cosmetic procedures.

“Many factors have made us a hub for cosmetic surgery,” says Dr. Apirag Chuangsuwanich, president of the Thai Society of Plastic and Reconstructive Surgeons.

“The quality of the service, the fact that we have good hospitals with international accreditation, and the cost in Thailand is very competitive.”

Most patients leave Thailand very happy with the results of their surgery. But what happens when something goes wrong?